Delhi-born Kartik Kumra always had a penchant for clothes. As a teenager, he used to resell clothes online — which, over the years, fuelled his interest in fashion. Kumra, however, says “it became pretty clear that there was nothing that looked like it represented my culture at the top level at the best stores.” So he made clothes that could.

Except, he was not a fashion designer. He is, in fact, a student of Economics at the University of Pennsylvania. But, defying the unquestioned norm that fashion designing needs formal education, Kumra not only taught himself design but also made menswear creations that would go on to catch the eyes of leading global fashion retail platforms like SSense, Mr Porter, Selfridges, and Calculus, among others. 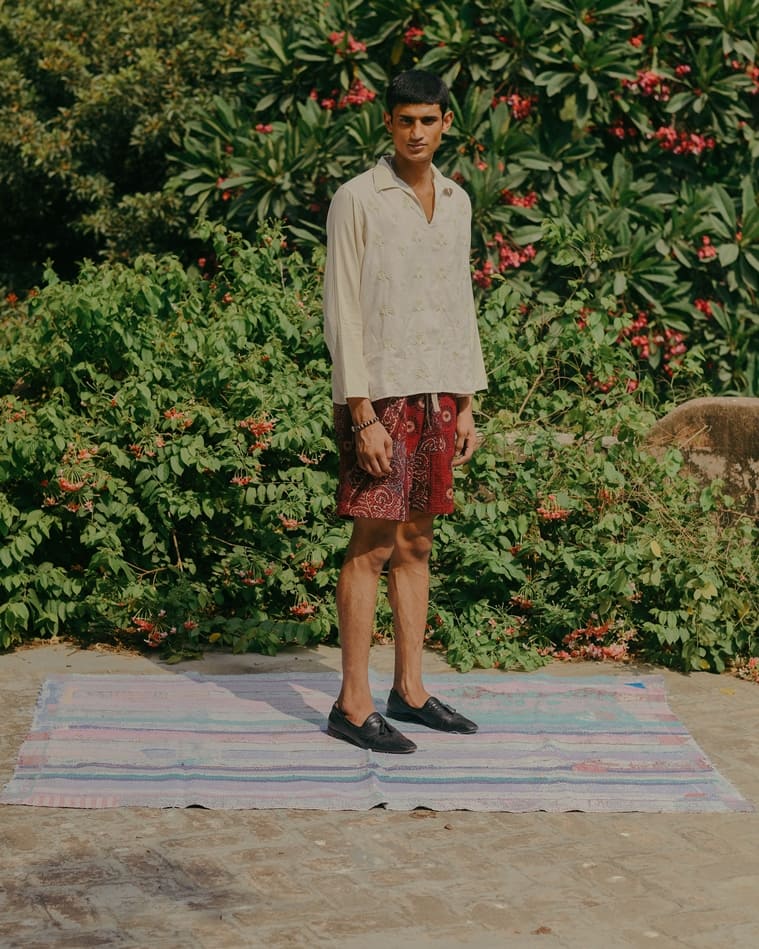 On being asked about his unconventional fashion education, he says, “A lot of hours on YouTube. I taught myself about luxury garment construction online and through some great (Maison) Margiela books. In general, being an enthusiast about this stuff, I knew what the standards required for these stores were. I’m still learning a lot by working with our pattern master. I’m presenting him with new ideas that he hasn’t explored before and I’ve just been taking in knowledge by seeing him work.” Founded during the pandemic, he defines his one year-old brand – Karu – as ‘Indian future vintage’. “The idea behind it is to make products of a standard that can one day be found in a great vintage store. In the design process I reference vintage military silhouettes and vintage Armani, vintage Margiela, so it’s a nod to that as well. We also work with vintage textiles and fabrics that are meant to age gracefully.” 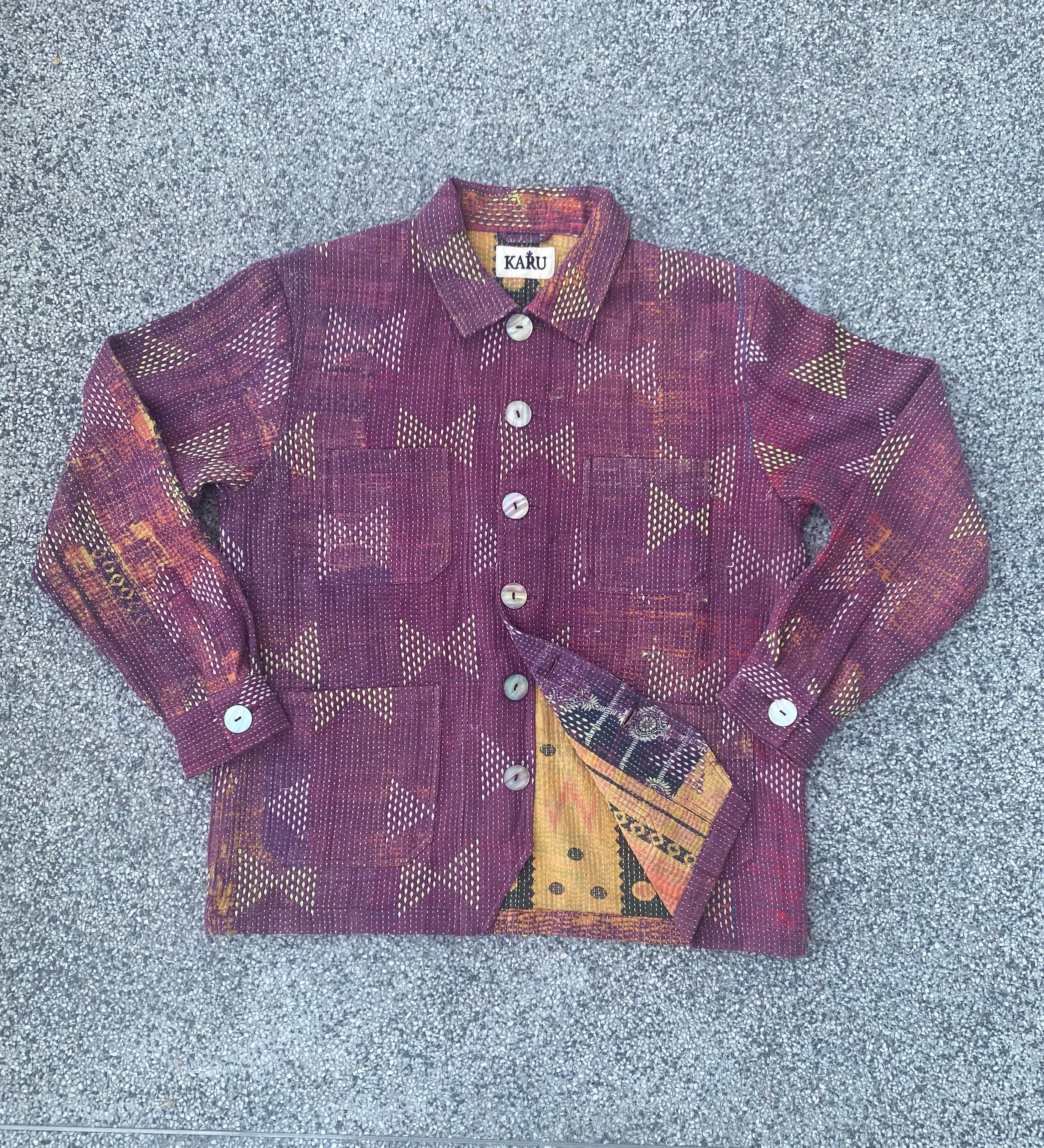 His first collection, which was just him “learning how to make clothes”, was created during the pandemic: “I didn’t have anything to do and had this idea in the back of my head. I travelled to some artisanal communities and started to reach out to artisans via Instagram and collected enough textiles to start producing one-of-one pieces with a tailoring unit near my house.” As of now, Karu operates out of his bedroom in Delhi.

That’s because Kumra’s extensive artisan network is spread across the country. He works with 40 independent artisans, and 10 clusters in Andhra Pradesh and West Bengal and printers in Bagru and Ajrakh along with kantha artisans and hand embroiderers in different parts of the country. Kumra says Instagram has been a great resource “because a lot of craftspersons and NGOs will have accounts documenting stuff they may have produced five or ten years ago. I’m still learning a lot as Karu continues to expand the number of people that produce fabrics for the brand. It’s cool to be a small brand and have proprietary fabrics, I feel like that’s pretty rare these days.” And now, his second collection has already grabbed eyeballs internationally. Sharing the inspiration behind it, Kumra says it stemmed from when he was “listening to a lot of The Strokes and 2000s indie rock and wanted to see if India had any history with it”.

“After the Beatles had visited India and because some colonial era record labels had kept offices here, an indie rock scene with some psychedelic themes started to pop up in India. I found some images from the Simla Beat competition and found a compilation album from this era. The clothes had a 70s slouchy tailored look with some colorful accents. I think younger kids that were into punk were dressing up for government and corporate jobs during the week would style the same clothes in a slouchier way for the indie rock concert on the weekend. So I wanted to capture that essence in this collection through the silhouettes used.”

Kumra says his brand managed to tap into a community of people that are “very invested in their clothing and take pride in being early on what’s new. People of South Asian descent living abroad have also responded to the stuff really well, there’s something nostalgic about the clothing.”

When asked about whether he has intentions of entering the Indian market, Kumra shares he wants to, but it’s been a lot harder. “My hypothesis is, that is the case because as Indians, we can sometimes have a pretty low sense of self-worth regarding what we can produce, heritage-based products are often devalued relative to international brands. So, to get the message across, there’s an education process to get over the hesitation that doesn’t really exist with our customers abroad.” Even then, Kumra admits that there’s a customer base that has been looking for the type of stuff Karu makes. He just has to get better at getting the word out given that Kumra has no intentions of playing the “social media celebrity chasing game any more than I have to to keep the lights on.”